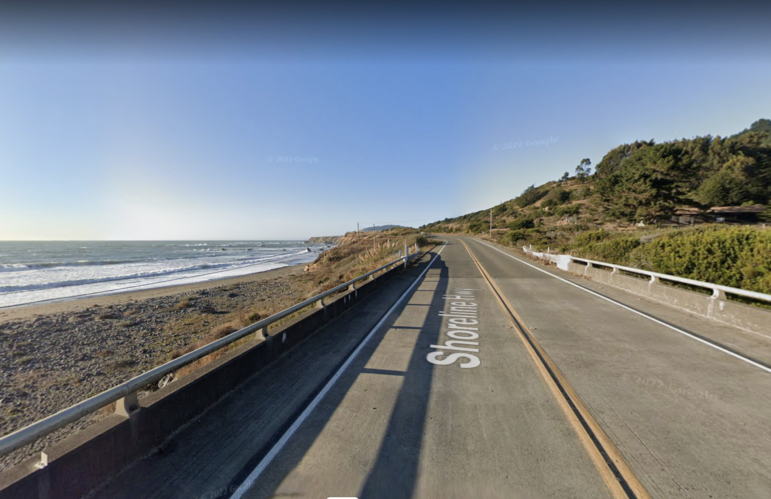 Although small in number, this community is a fierce guardian of its natural and cultural resources; Westport was home to around 229 residents in 2022, but during its 30-year tenure the WVS had already received three grants from the Coastal Conservancy to manage beachfront land.

Conservancy member Donne Brownsey said she appreciated being able to tour the property on Thursday afternoon. She said when she’d been on the property before, she didn’t realize it wasn’t public land.

“Such a small community, and you realize this huge new beach and headland preserved for the people of the state of California,” she said. “As a local resident, I just want to thank you from the bottom of my heart.”

According to Conservancy Staff Recommendation Document, much of Westport is considered deprived with a median income of $39,028, so protecting this land would protect it from the hands of private developers and conserve its cultural and natural resources for community use. The property is also valuable to local tribes in subsistence fishing, resource gathering and traditional activities, according to Friday’s presentation; the possibility of tribal co-management has been discussed with the Cahto Tribe, the Coyote Valley Band of Pomo and the Sherwood Valley Band of Pomo.

“The Westport Village Society has also invited other tribes interested in the area, and they will continue to expand the scope based on suggestions received from tribal representatives,” said project manager Lisa Ames, who delivered the report from the staff at the Conservancy.

Prior to project approval, WVS said more than 50 donors had helped raise more than $25,000 in the past six months. The landowner has also agreed to share appraisal costs, phase one environmental review, title insurance and closing costs.

“What I would like to focus on is the strong community support and tribal support that we have received at several meetings held this year,” WVS Vice President Thad Van Buren said during the interview. Friday’s meeting. “This support included not only pledges of assistance and general support, but also generous donations from these disadvantaged communities. WVS is pleased to commit these funds and pledge services to help this project succeed.

In acquiring and maintaining the property, WVS plans to prioritize the protection of cultural resources, open space, natural resources and habitat, as well as public access and recreation. of beach on this wide strip of coastal land about 19 miles north of Fort Bragg, just as he did. with the nine acres of seafront land known as the Westport Headlands. The DeHaven Creek headlands are also valuable habitat for wildlife, including salmonids; WVS hopes the acquisition could support the resilience of the fishery.

“The Westport Village Society will prepare a Resource Management Plan which will address potential public access amenities, which could include improving the informal pathway adjacent to the [Westport-Union Landing State Beach], a new beach access trail and parking area south of DeHaven Creek, and the design of a new half-mile coastal path along the coastal terrace,” Ames said. “The plan will also address appropriate activities for recreation at public beaches and will include recommendations for natural resource enhancement and an adaptive management component.”

Note: Kate Fishman covers the environment and natural resources for The Mendocino Voice in partnership with a Report for America. His position is funded by Mendocino Community Foundation, Report for America, & our readers. You can support Fishman’s work with a tax-deductible donation here or by mail [email protected]. Contact her at [email protected] or at (707) 234-7735. The Voice maintains editorial control and independence.