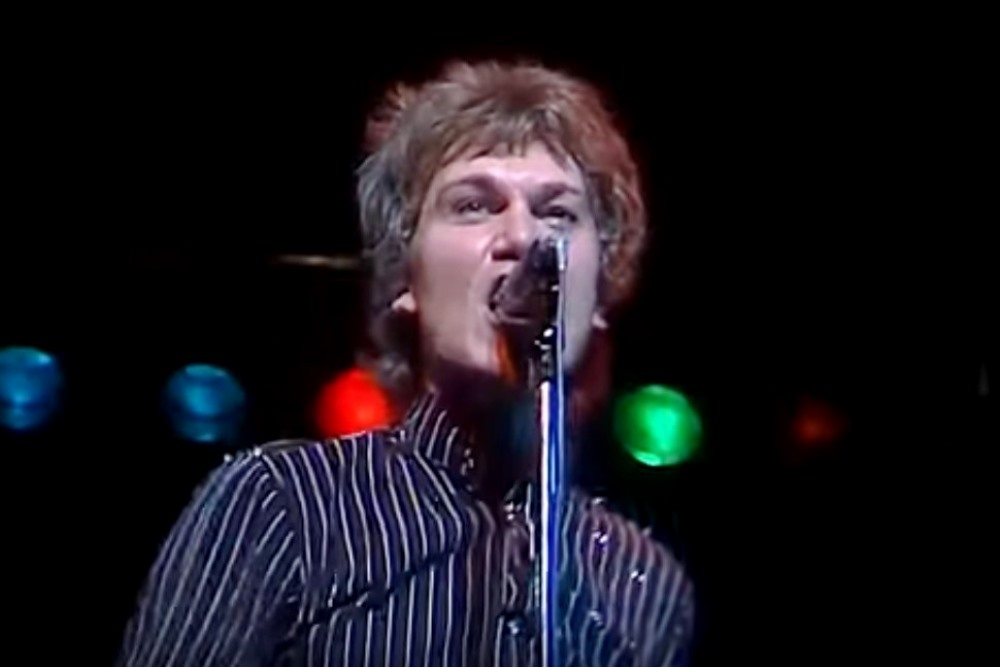 At the Rainbow, the pub rockers launched a new line-up – former Kursaal Flyers guitarist Graeme Douglas joined them for the first time. Crucial to their future, he would co-write their summer 1977 single “Do Anything you Wanna Do”. Their label, Island Records, recognized this as a landmark show, and in June 1977 released a four-track EP of the concert. There were also cameras there – the date was captured in full.

The film of the Hot Rods show captures the nature of their audience. Long hair, denim, masculine – not punk, not tribal, nothing to do with fashion. The band’s set was heavily inspired by teenage depression and their awesome 1976 EP Living in the marquee. “We’re filming and recording tonight, so you must be going crazy,” frontman Barrie Masters told the Rainbow crowd.

All of this is of great consequence for the Hot Rods and their exit from the pubs, but that’s not the end of the February 19, 1977 story. Their backing band was also filmed and recorded. Ultravox! was that support group.

Fellow Island signatories, they had toured in support of the Hot Rods in December 1976 on dates outside London. They were a curious couple: the headliner dealt with pumped-up R&B the lower billed band consisted of untested art-rockers who fused an early Roxy Music vibe with the punk vibe in the air. The Rainbow show was important for Ultravox! also as they were also appearing in front of their biggest audience yet, and their debut single “Dangerous Rhythm” was released the day before the show. Their self-titled debut album was released in stores a week later. Few spectators knew the group.

In the wake of the Rainbow show, a few tracks recorded there have emerged on record. “Slip Away” was the B-side to the incomparable May 1977 single “Young Savage” (audience is heard discordantly chanting “Hot Rods”); “Modern Love” was one side of a free single with early pressings of the second album, October 1977 Ha! Ha! Ha! and “The Wild, the Beautiful and the Damned” was on the four-track, all live retro EP in February 1978 (released a year after the Rainbow gig: those were fast times, a fact Island Records seemed to ignore). As for the Ultravox! footage, the show surfaced on bootleg VHS in the mid-1980s. The Eddie and the Hot Rods concert film was released on DVD in 2013. 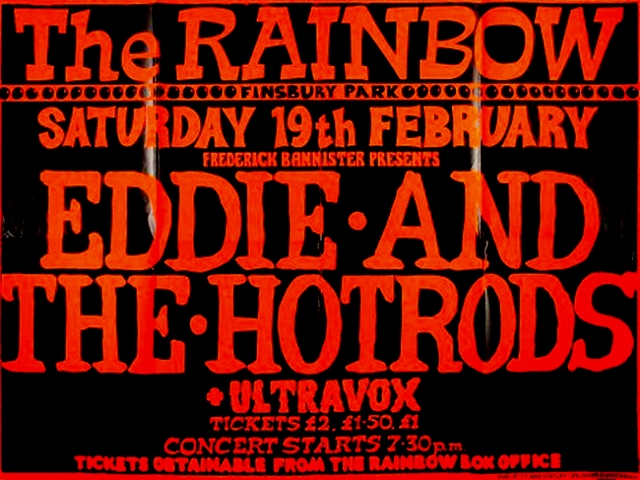 Early last year, Universal Records (which owns the rights to the Island catalog) quietly dropped the Ultravox! Rainbow show on the Internet. There were seven tracks: a piece of video for each. There was also a downloadable audio-only version with nine tracks. The nine tracks are collected on this year’s recent Live in the Rainbow 1977 album.

It is likely that a limited number of people know the album or that the Ultravox! Rainbow images can be seen. If that’s the case, it’s a shame because what’s on offer is extraordinary, the group is on fire, and had already surpassed its still unreleased first album. Indeed, half of the impending album is ignored.

“Slip Away”, “Wide Boys”, “Satday Night in the City of the Dead”, “The Wild, the Beautiful and the Damned”, and “Dangerous Rhythm” were featured on the album. “I Came Back Here to Meet You”, “Modern Love”, “TV Orphans”, and “I Won’t Play Your Game” weren’t. The final four – each melodically instantaneous and edgy – were regularly in their live set at the time, but no studio recordings have surfaced. None were included on singles or Ha! Ha! Ha! – although parts of “TV Orphans” were reused for “Fear in the Western World” from the album. 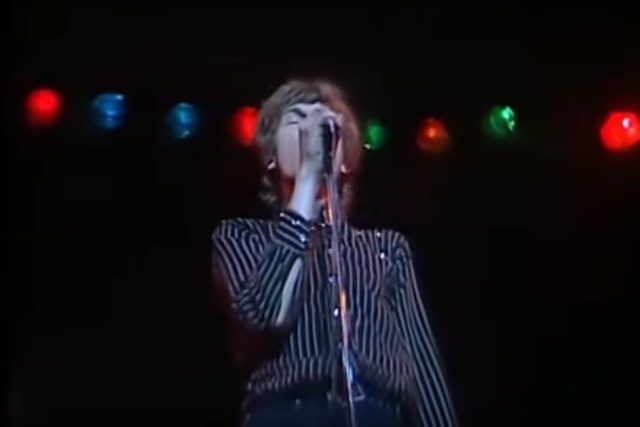 At The Rainbow, despite being a backing band playing to partisan audiences, Ultravox! are energetic and energetic. Frontman and songwriter John Foxx is constantly on the move – maybe it’s for the cameras, but that’s how he was back then. The music does not have the cold side of the first album but is hard, jagged and very direct. Only “Dangerous Rhythm”, the single they were ostensibly promoting, allows you to catch your breath. Played at the end of the set, we feel nailed to it. While the music isn’t punk per se, the attitude of going ahead and not playing the promotional game is explicitly punk.

Live in the Rainbow 1977 is important for the 1977 puzzle because it enhances understanding of this crucial year. An innovative band grouped with punk said their debut album was already history – even if it wasn’t in stores yet. They were progressing so quickly that some of their repertoire never made it onto their second album. If it’s other live broadcasts and unreleased studio recordings (“Storm of Things” is another old song performed live that was never released) by the John Foxx period Ultravox , they must be published.

Unfortunately, few issues were caught with this important release. The cover and the label do not have the date, just “1977”. The back cover features a photo of the band from October 1977, not the period of the show. There are no cover notes. No one would know what is being heard relates to a filmed concert. Evidence of effort or research is lacking. Such inattention reflects a regrettable “will-this-do” attitude. Even so, get this – what’s in the grooves is great.