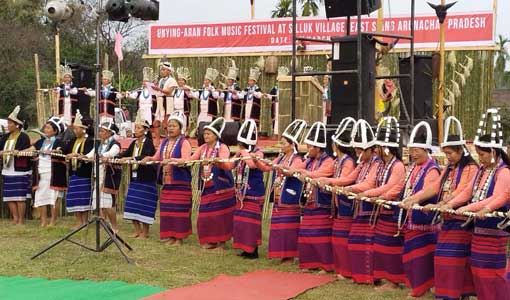 Organized with the support of the Dimapur Northeast Area Cultural Center (Nagaland), the festival aimed to sensitize local villagers to promote tourism and conserve biodiversity.

Attending the event, Mebo MLA Lombo Tayeng urged people to conserve their natural resources for future generations. He also assured to grant Rs 6 lakhs from his LAD fund to the organizers to organize more such events.

Tayeng praised the villagers for making Siluk one of the cleanest villages in the state and urged residents to keep the trend going.

The DC urged young people to take responsibility for preserving their ancestral culture.

Performances by rock bands were the other attractions.