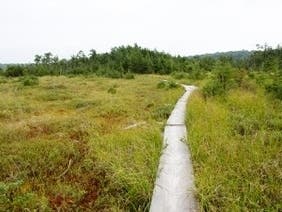 NORWOOD, MA – The Norwood Historical Society will hold its annual in-person membership meeting at the F. Holland Day House at 93 Day St. on Wednesday, April 27 at 7 p.m. and present a presentation on the Massachusett Tribe.

Following the Society‘s business meeting, Annawon Weeden will speak about “Massachusett: Land of the Massachuseuk”.

Before the settlers arrived, before this area was known as Norwood or, earlier, South Dedham, who were the Massachuseuks who lived here and served as stewards of this land? We invite you all to join us and learn about the earlier history of this area on one side of the Neponset River.

This talk will be presented by the Norwood Historical Society in conjunction with the Morrill Memorial Library and the Norwood 150 Committee. This event is supported by Progress Norwood, the Norwood Cultural Council and Norwood Community Media, who will record this talk and help us achieve a wider audience.

All attendees are asked to properly wear masks when indoors.

Born and raised on the Narragansett Tribal Reservation in Charlestown Rhode Island, Weeden eventually made his mother’s Wampanoag community of Mashpee his home.

Following in the footsteps of his father Tall Oak, Weeden began sharing the culture of his tribes with his family at public programs and performances at a very young age. As an adult, Weeden’s passion for cultural preservation manifested in decades working at Plimoth Plantation as a museum interpreter/outreach educator and at the Boston Children’s Museum. Currently, he works with the Massachusetts Center for Native American Awareness and is Executive Director of the First Light Foundation.

Although many have witnessed the accomplishments and contributions made throughout his career, in October 2016, Congressman James “Jim” Langevin took special note and decided to commemorate Weeden’s lifelong endeavors, awarding him a congressional honor as a bearer of culture for all of New England. region at the Tomaquag Museum’s annual honor reception.

Weeden spends much of his time visiting schools, colleges, museums, libraries, birthday parties, businesses and more as he continues his efforts to correct misinformation and misrepresentation of Indigenous peoples. He found many ways to educate any audience. On stage or in the classroom, his ability to share his tribal culture has been sought after by many institutions such as Smithsonian, National Geographic, Scholastic, PBS, History/Discovery Channel, Harvard, Nike, Reebok, and many other companies, education and environmental organizations.