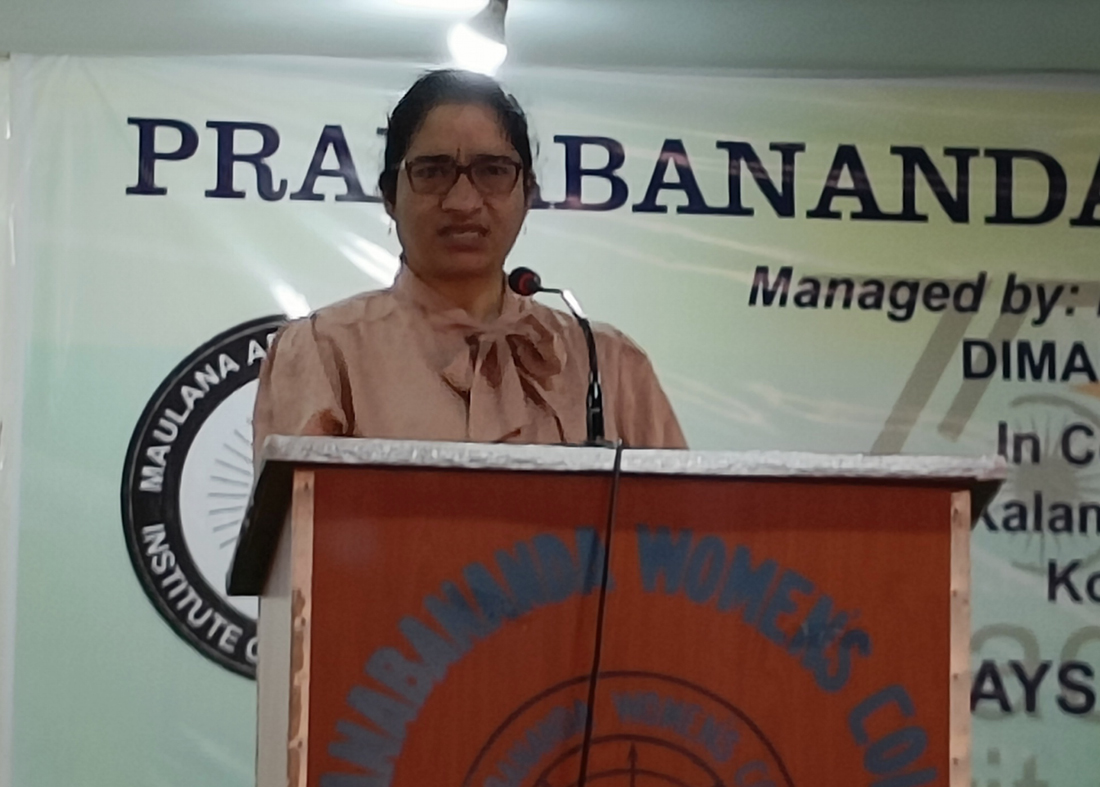 Our journalist
Dimapur, October 27 (EMN): On Thursday, Assistant Professor of History Department at University of Assam, Diphu Campus, Mahua Bhattacharjee shared that social sciences have been male-dominated for so long that women have almost been written off. history and archives.

Unlike men, she said there was a need to hold special seminars and workshops just so people could talk about women.

“We are always in the process of putting women back in history and that says a lot about our society,” she added.

Bhattacharjee was speaking during the inaugural program of a two-day national seminar on “Women of Northeast India and the Indian Freedom Movement” at Pranabananda Women’s College (PWC).

“When we talk about human history, our job is not to dismiss the man, but we have to include the women in these pages,” she said.

Furthermore, Bhattacharjee said that applicable equality in public spaces is absent in private space and domestic violence is widespread in tribal societies.

“A woman is bound by tradition as the person who has to take care of the family and there is nothing wrong with that, but it is wrong to expect a woman to do so or to giving her the role of cooking and cleaning and judging her if she doesn’t do it,” she said.

Stating that it is important to see history through the prism of feminism, she said people still seem to be struggling to put the focus back on women through workshops and seminars even in 2022, calling it a collective failure of society as well as academies.

“We need to keep rewriting and refocusing the spotlight on women,” she said, while lamenting that a chapter on women is all it takes for a manual to be called inclusive. , even in universities.

Amit Barman from the Maulana Abdul Kalam Azad Institute of Asian Studies (MAKAIAS) spoke about the “INA movement in relation to Joya Thaosen: a lesser-known freedom fighter from northeast India”; Hunmili Teronpi from AUDC Assam spoke on “Traditional Gender Role: Narratives of Karbi Anglong in the Struggle for Self-Determination of Academic Researcher” and Anjana Engtipi, Researcher from AUDC Assam presented on “Legendary Figure of Women Karbi and their struggle”.

The seminar was organized by PWC in collaboration with MAKAIAS, Kolkata.