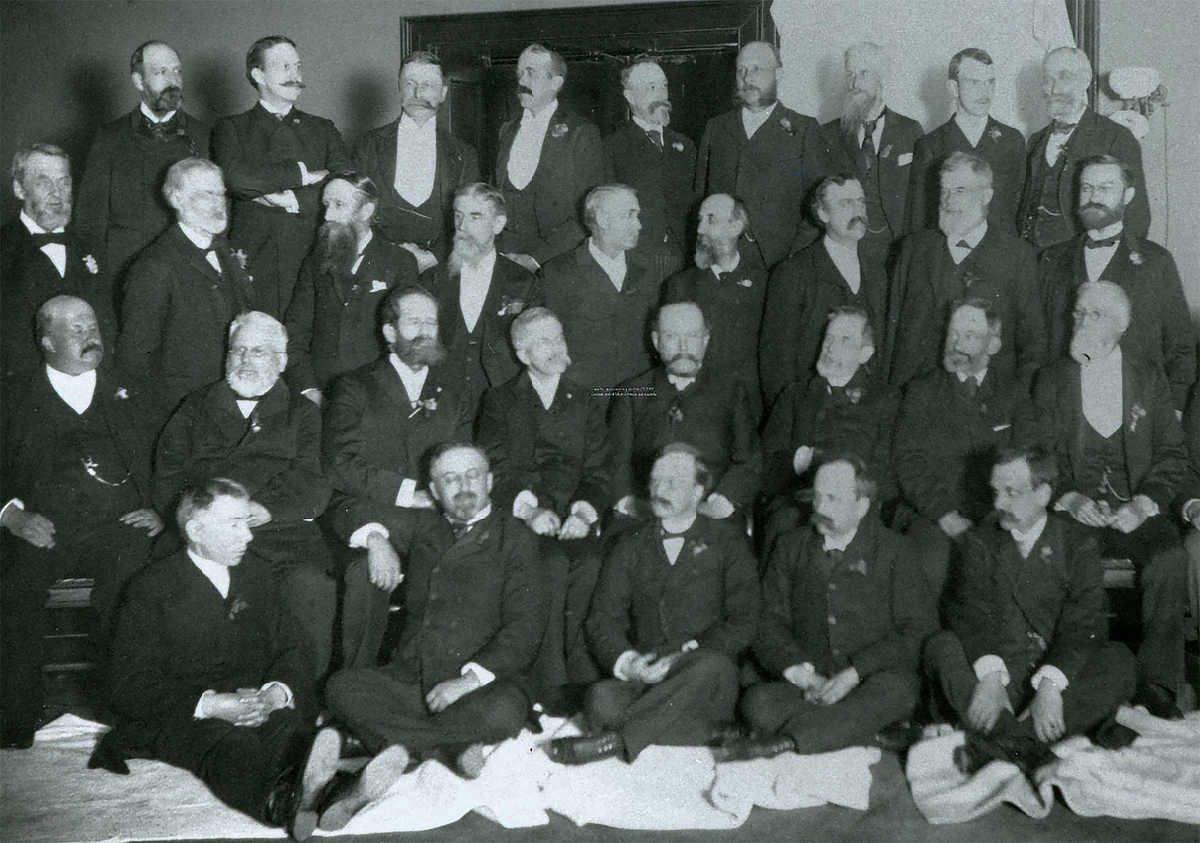 PORTLAND, Maine – In February 1822, Maine was not quite 2 years old. The state had yet to make much history since its separation from Massachusetts in March 1820. But that didn’t stop a group of 49 history buffs from forming the Maine Historical Society in Portland that winter.

Before the end of the first year, 24 other Mainers had joined, giving the new organization members stretching from York to Lubec.

Although membership was strong, it was not diverse. Society was made up entirely of wealthy white men. Women, working-class Mainers, Aboriginals and other minorities were not welcome.

“They were all doctors, lawyers, ministers – the big shots of the time,” said William David Barry, a research historian with the organization for 24 years. “They mostly wanted to write about themselves.”

As a result, the history the members chose to preserve, study, and celebrate was only a fraction of the Mainers.

It remained so for the next 150 years.

Then, about half a century ago, things started to change as new, younger blood made its way into the stilted institution. This year, the company celebrates its 200th anniversary and the inclusive, outward-looking organization it has become – one that recognizes and honors the diverse lineage of all Mainers.

But change was slow to come in the society dedicated to Yankee history.

The diversity of the original founding group was that they were mostly Congregationalists, interspersed with a few Baptists. Early on, members collected artifacts and documents related to Wabanaki and Catholic residents of Maine, but always as outsiders in search of curiosities.

The society’s first home was in the Senate chamber of the State House, which was in Portland at the time. Among its members were many politicians, including Maine’s first governor, William King. Its first president was the state’s second governor, Albion Keith Parris.

The society’s headquarters and collection moved to Bowdoin College in Brunswick in the 1830s, where it was primarily accessible only to scholars for the next 40 years. He eventually moved to Portland in the 1880s, settling in the Old City Hall in Monument Square. The society began to become more publicly visible when it found excavations in the new Congress Street Public Library in 1889.

In 1901, upon her death, Anne Longfellow Pierce bequeathed her Congress Street home and adjacent property to the society. The organization transformed the residence, where Pierce’s brother, the poet Henry Wadsworth Longfellow, grew up into one of the first house museums in the country.

Behind the modest brick dwelling, the society has built its permanent home and library.

Although Pierce was a benefactress, she could not be a member of the Closed Society, which was still a male-only affair. Women, who had long clamored for membership, were not admitted as members until 1909.

In 1948, Elizabeth Ring, a history teacher at Deering High School, became the first woman elected to the society’s board of directors. Ring served as vice president from 1954 to 1970. During her tenure, she worked hard, opening what she called the “good old boys” club.

She also sparked the interest of many of her young students to get involved.

In 1969, amid the ongoing youth-focused social upheaval in the country, a group of young historians attempted to overthrow long-serving officers at the organization’s annual meeting. Upstarts pleaded for more openness, fundraising and community involvement.

Among the youth movement were current state historian Earle Shettleworth and former Portland history professor William B. Jordan. Both are now considered superstars in Maine history.

The youth movement managed to replace just one board member, but began to loosen the grip of the old guard, ushering in a new era of openness in society.

Nick Noyes was one of Ring’s young enthusiasts and eventually became the company’s librarian in 1988. Noyes held the position for more than 30 years, helping oversee several modernization projects for the organization, including the transformation card catalog digital.

“When I started in 1988, there were over 17 different card catalog files spread over three floors,” Noyes said. “That wasn’t very helpful.”

Under Noyes’ leadership, the scattered paper catalogs became a single, keyword-searchable database accessible to anyone, anywhere, via the Internet. This made the company’s holdings much more egalitarian and accessible to the general public.

Noyes also highlights the development of the state Maine Memory Networkadministered by the company, as a big step forward.

“It’s been a godsend for finding visual material,” he said.

The network, launched in 2001, is a collaborative effort between society and small history organizations. Together, their grouped visual resources, such as paintings and photographs, are searchable in a single online database. Anyone can browse collections from dozens of historical collections, from across the state.

In the 1990s, the company purchased the nearby former Day’s Jewelers building, for a long-dreamed-of museum space, conference room and office space. With the museum, the organization finally had a public place to display and interpret its vast collection of historical objects – most of which had been stored in warehouses.

Museum space has also enabled society to diversify the historical narrative of the state, expanding it from a story primarily about white colonization to one that includes multiple genders, races, and viewpoints.

Curator Tilly Laskey said the museum strives to seek out objects and artifacts in its existing collections that relate to underserved communities in Maine, and then match them with first-person accounts of people within those communities.

Called collaborative curation, it’s a process that allows people to tell their story, rather than society telling it for them.

“People need to see themselves represented in the story to actually care about the story,” Laskey said. “It’s critical to the success of this organization.

In 2019, the society’s museum presented “Holding Up the Sky,” a nearly year-long exhibit honoring and exploring the Wabanaki experiences in Maine, encompassing the Maliseet, Micmac, Passamaquoddy, and Penobscot peoples.

The exhibit was co-organized by Laskey and seven native leaders from across the state, including James Francis, Darren Ranco, Theresa Secord and Donald Soctomah.

Laskey said she now consults with Indigenous curators on nearly every show she puts on, whether it focuses on their stories or not.

the first paragraph on the society’s website page dedicated to its history, it is stated, “The Historical Society of Maine recognizes our organization and all of Maine resides on the Wabanaki Homelands, Ckuwapohnakiyik Lands and Waters, which the Wabanaki peoples have been managing for over 13,000 years.”

Maine Historical Society executive director Steve Bromage said he wants history to be a collaborative community process owned by all Mainers, not just a select, self-elected group of experts. Bromage said he sees society’s goal in the 21st century as helping everyone connect with Maine connections — whether their family has been here for generations or they’ve just arrived.

He thinks Maine’s past can be a conduit to what’s to come.

“History has the power to show people that this place has always been ever-changing,” Bromage said, “it can also show them the future and help them embrace it.”

“The Maine Historical Society in Pictures: Exploring Our First 200 Years” is now on display at the society’s museum in Portland. A online version of the exhibition is also available.

More articles from the BDN