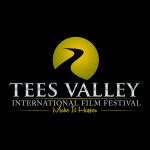 The original idea of Darlington-born film producer Michael Luke, Tees Valley International Film Festival is the first of its kind to bring global attention to the Teesside film scene. Taking place at the ARC in Stockton from Wednesday 26e-Saturday 29e October, the festival is full of opportunities to find inspiration, share knowledge and connect like-minded people people and share their passions.

Founded by Michael To attract those who would not normally attend a film festival or arts centre, the Tees Valley Film Festival aims to encourage interest in and enjoyment of film. on his motivation, he says: “I am convinced that there is a wealth of undiscovered talent in the region who just need an event of this type and scale to give them and their work greater stage and a springboard to more.

The an event is filled with workshops, screenings, in-depth interviews and audience Q&As that invite attendees to hone and develop their filmmaking knowledge and skills. Ending with an In Conversation event with three Jeesside theater legends – Mark Benton, Bill Fellows and Stephen Tompkinson – who share their stories of making a mark on the big screen. Expect a variety of films, from documentaries and music to animation, LGBTQIA+ and comedy, and be prepared for learn and network with the minds of the local film scene in Teesside and beyond.