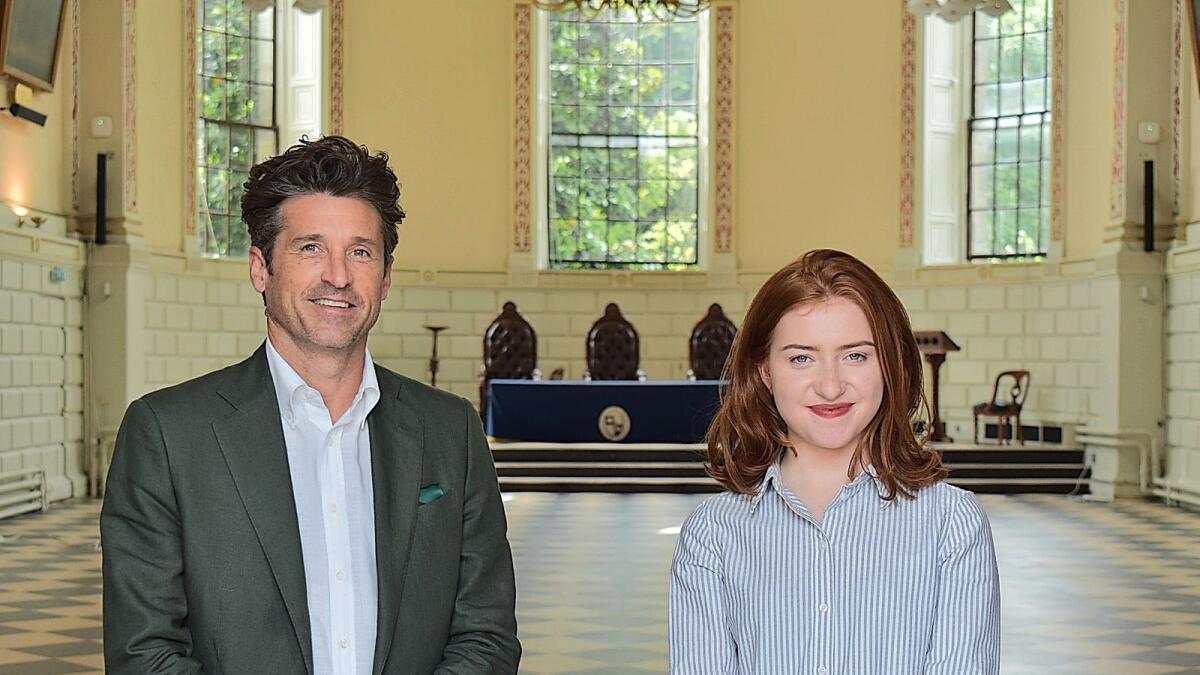 A young law student from Donaghpatrick, one of four Meath Fellows of Trinity College Law Society in Dublin, encourages young people entering higher education to get involved in the university community.

Ruth Brady (20) is a final year law graduate and TCD Law Society auditor. This year the Law Society has four students from Meath on its 20-person committee and as one of Trinity’s largest and most prestigious societies in what the former Loreto student described as “the taking of royal control!”

Trinity’s Law Society was founded in 1933. This 89-year-old society has been led by figures such as Mary Robinson, a former auditor of the Law Society who became President of Ireland.

The fellowship has an array of strands including charitable endeavours, events and social activities and Ruth’s involvement has even led her to decide to go in another direction which ironically is not grounded in the law.

Speaking about the association, she said: “Every year we organize mock trials, debating competitions, world championships and international intervarsities.

“We have three sub-committees: Charities, which raise money for causes such as the Dublin Rape Crisis Center and Jigsaw, Outreach, which travel around the country with the aim of making the law more accessible to students in disadvantaged areas; and Trinity Women in Law, a sub-committee dedicated to breaking down the barriers to entry that women still face in the legal world.

“We have career talks, we launch an alumni network, we print publications and we give our members membership cards that guarantee them discounts at all the local hotspots,” she explains.

Being part of society took her in a direction she never imagined with the goal of entering the world of public relations after college, as the law student explains:

“Every year that I’ve worked on this committee has been a year that I’ve done something I never could have imagined. Other committee members will tell you the same. Even our members will tell you that they didn’t think coming to college was a chance for them to participate in international competitions, make best friends, and build a tribe of like-minded people who come together under one logo.

“It was through the Bar that I realized how much I wanted to use my degree. I don’t want to continue with law after my degree which I find so fascinating, it really opened up opportunities for me. It’s so that you learn what you I want to do outside of the classroom Lectures are great but when I was a social secretary I was in contact with agents and publicists and I had an idea of this world, so I will explore it now.

Ruth says the Meath cohort of society members are doing well with now four out of 20 Royal County natives in the group.

“Crea Shine, our second year representative, is originally from Kilskyre. She went to Eureka in Kells and is now a second year law student who is responsible for organizing Bar Freshmen Week.

“Louise Cullen, our Erasmus manager, is also a Eureka girl from Gibbstown. The Law Society is so central to her university experience that even during her year abroad in Bologna, Louise remains involved.

“There’s also Cormac Curtin, a native of Dunshaughlin and our third-year representative. It’s Cormac’s main role to not only keep third-years informed of what LawSoc is doing, but to organize a national trip for our members.

“College, no matter where you go, is full of opportunities you never knew existed until you got there.

“So be relieved and anxious and excited and scared and be ready to step into the total unknown – because when you have no idea what is within your reach, nothing is beyond your reach,” says the former daughter of Loreto.