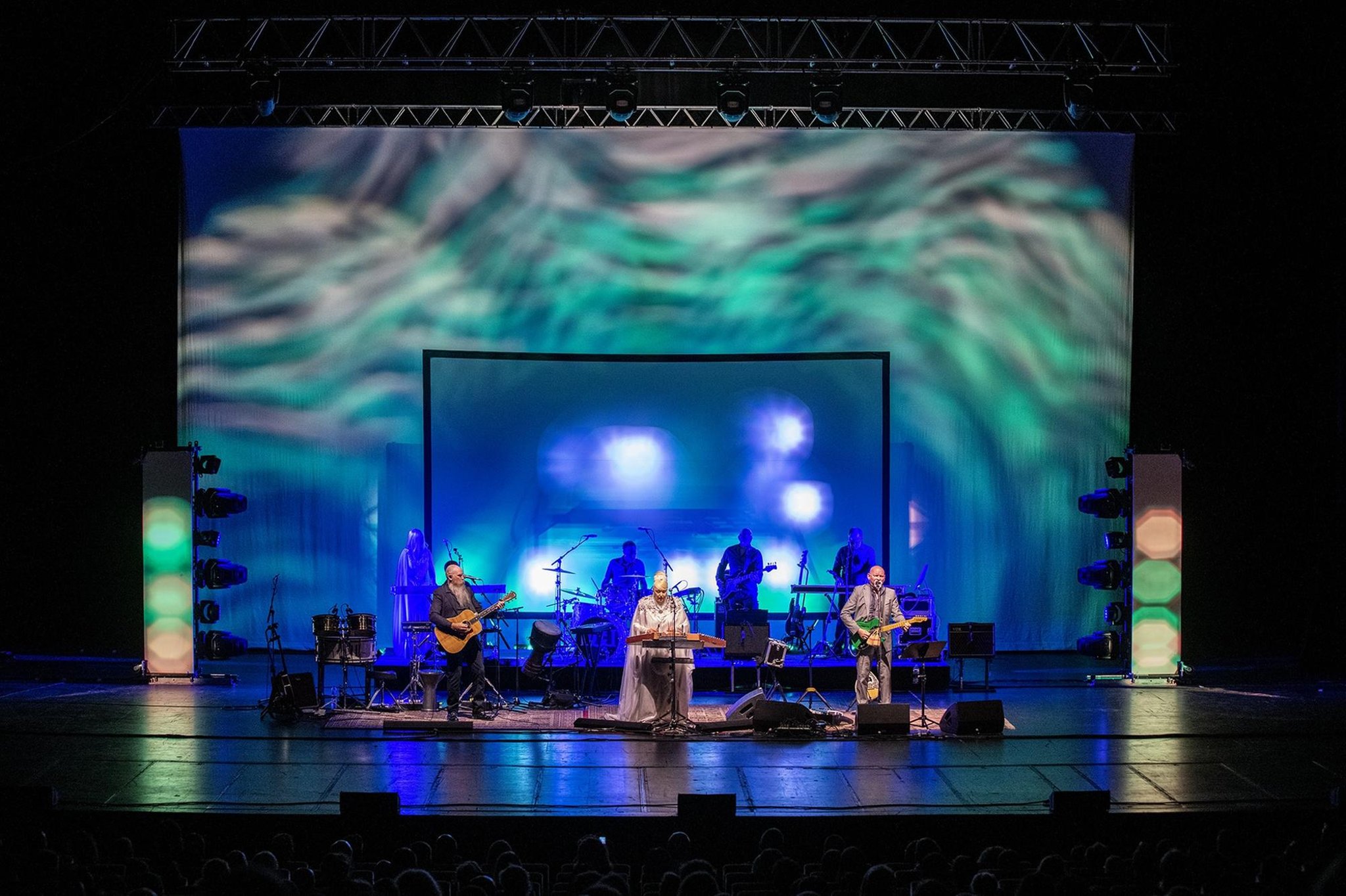 Barely 40 years after forming in Melbourne, cult neoclassical gothic world music group Dead Can Dance have finally made it to Glasgow on the opening night of their Europa tour. It’s time to get down to it, strike a gong, pound a dulcimer, strum a bouzouki and spit out otherworldly lyrics. This enigmatic ensemble is a staple for sonic exoticism on film and television soundtracks; in person, they delivered a heady mix of influences, drawing on musical traditions from Turkey to Tibet, Ireland to India.

Register to our daily newsletter

The newsletter mute the noise

Singer Lisa Gerrard is the high priestess of global goth, her extraordinary alto resonating somewhere between operatic diva and hallowed singer with her own incantatory language. His musical partner Brendan Perry is a more conventional emotional singer with a plaintive baritone croon, to better convey the heartbreaking sentiments of The Carnival Is Over and the tribal pomp of Black Sun.

They were joined by Shetland singer/songwriter Astrid Williamson on keyboards and backing vocals and a number of impressive bearded gentlemen on an orchestral set of percussion and woodwind. Even with this multi-instrumental line-up, the scope of their cultural references was such that part of their pan-world sound palette was sampled and played through synthesizers.

With nine studio albums in their catalog, there were riches to spare. Their version of Persian Love Song was performed for the first time in nearly 30 years, while Gerrard’s stunning rendition of The Wind That Shakes the Barley and Perry’s resonant Severance sounded more like greatest hits. They closed the main set with their most cathartic and atmospheric standard, The Host of Seraphim, augured by a doomy drone and booming toms and elevated to a devotional level by the band members’ monastic mantras and haunting, haunting ululations. by Gerard.

A message from the editor:

Thank you for reading this article. We are counting on your support more than ever, as the change in consumption habits caused by the coronavirus has an impact on our advertisers.