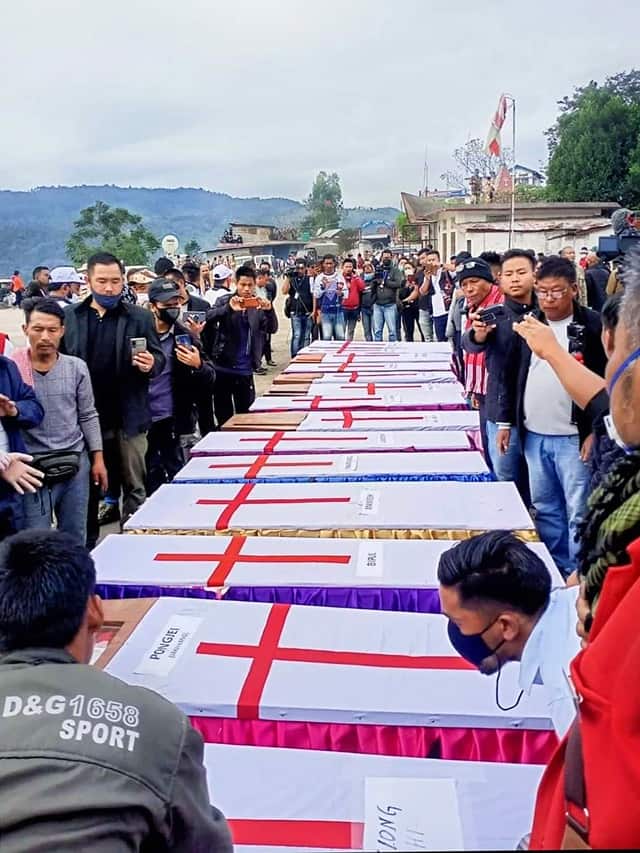 A day after the Center established a high-level committee to examine the possibility of withdrawing the Armed Forces (Special Powers) Act (AFSPA) in Nagaland, Konyak civil society organizations (CSOs) said that They understood the concerns of the Union Home Ministry, they were still “skeptical” about the development of the situation and would continue their “non-cooperation” with the armed forces on Konyak soil.

The Konyak CSOs represent the Konyak Naga tribe that resides in the Mon district of Nagaland, where six civilians were killed in an ambush on December 4, and eight others in the violence sparked by the attacks.

“We will continue our non-cooperation against the armed forces. While we appreciate the concern of the Union Home Office and the initiative of the Nagaland government, this has not affected the position of civil society in Konyak. We will continue to fight until justice is served, ”Hanong Konyak, vice chairman of Konyak Union (KU), the tribal body, told The Indian Express.

On December 7, the KU declared a strict non-cooperation with the armed forces, including the total restriction forces in Mon district, until their charter of demands was satisfied. This included the punishment of those involved in the ambush in a competent civilian court, as well as the judgment to be made public within 30 days. He also called for the repeal of AFSPA – which gives the armed forces extensive powers to arrest without warrant and even shoot to kill in certain situations in “disturbed areas” – of Nagaland.

“When 14 innocent people were killed, the government of Nagaland took 16 days to convene a special legislative assembly, 18 days to meet with the Union Home Minister and 20 days to declare the results of the meeting,” he said. Konyak said, adding that CSOs in Konyak had said that if justice was not served by the January 10 deadline, CSOs would be “forced” to convene a “Konyak summit” on January 18 to discuss the follow-up. to give.

In a press release issued on Monday, CSOs lamented that no Ground Zero delegate was present at the meeting with Union Home Secretary Amit Shah on December 23 in New Delhi, which led the formation of the high-level committee responsible for examining the repeal of AFSPA.

Monday’s statement added that there was also no “ground zero” member on the AFSPA committee. “Only the citizens of Ground Zero would be able to portray the untold suffering of civilians for so many decades under such a draconian law (AFSPA),” he said. Officials say India’s Registrar General and Census Commissioner Vivek Joshi will head the five-member committee and the Union’s Home Office additional secretary Piyush Goyal will serve as its member secretary. The chief secretary and director general of the Nagaland police force and the DGP of Assam Rifles will be the other members of the committee.

At the December 23 meeting with the Union Home Minister, the Nagaland delegation asked him to replace the Assam Rifles unit in Mon district with immediate effect. Reacting to this, CSOs in Konyak said that simply replacing the Indian armed forces in Mon district “would be no different”. “The Konyak CSOs categorically state that they do not demand security if they do not ensure the safety of their citizens. Instead, the people of the region have been hit hard for so many decades. Therefore, the mere replacement of Indian military forces will not resolve the looming long suffering of the people of Mon district, ”the statement said.

He added that he would allow an army investigation at Ground Zero (Oting) but “without uniforms or weapons”. “State security is invited to delegate the provisions and protocols necessary for the smooth running of the commission of inquiry,” he said.