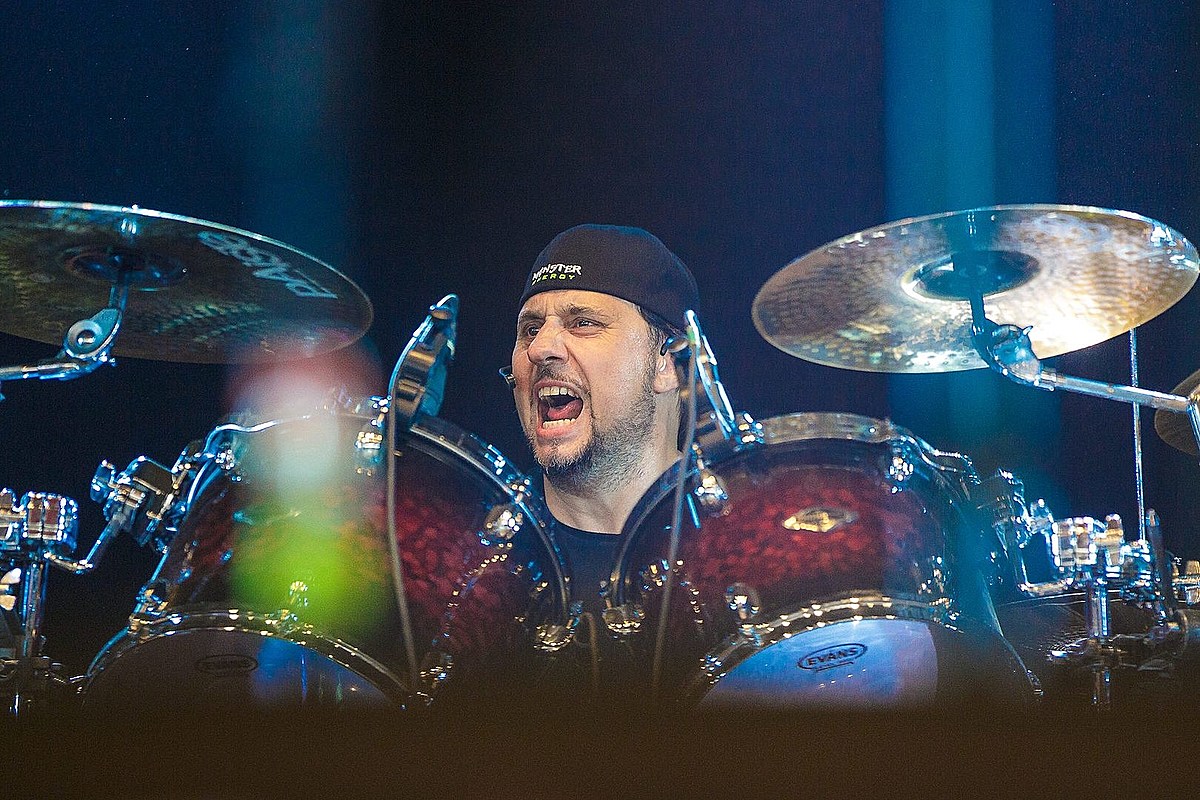 Testament, Dead Cross, Suicidal Tendencies and Misfits drummer Dave Lombardo was the final guest on Full Metal Jackie’s weekend radio show. The last music he released was with crossover thrashers Dead Cross, who will be releasing their second album, IIthis October and he’s one that’s not shy about getting into politics, something the drummer says you “can’t hide from” when it comes to punk-inspired music.

Keeping up with Lombardo’s current activities can be dizzying, and in the interview below he discusses the events surrounding this new Dead Cross record and how guitarist Michael Crain went through cancer treatment during live sessions. writing and recording. “He fought and won,” rejoices Lombardo.

Elsewhere he spoke about what it’s like to maintain certain styles while playing in so many bands, as well as his return to Testament, now having the opportunity to tour with the thrash icons beyond their few weeks on the road together during his brief first stint in the late 90s.

Read the full interview below.

The first single, “Reign of Error”, from the new Dead Cross album, II, is a pointed commentary on the Supreme Court’s polarizing decision on abortion. Why is controversy an exhilarating and frightening artistic vehicle?

Punk and politics go hand in hand and two of the members – Justin Pearson and Mike Crane – are in my opinion the epicenter of the punk scene in San Diego and Los Angeles.

I’ve always loved that style of music, so it’s just one of those things you can’t hide from. It’s in our faces and we get mad at some things we hear on TV. This style of music allows us to vent our frustrations, so I’m lucky to be in a band like this. If there’s something that pisses us off, we’re writing a song about it.

Dead Cross, “The Reign of Error”

Making the record had a medicinal effect on guitarist Michael Crane, who was diagnosed with cancer. How did it increase your excitement knowing that the process was integral to his well-being?

We had been working on the record for five to six months. Him, Justin and I first got together to write the music together. When I found out he had cancer, I met him at the studio and waited for him outside. He was a little late – I guess he had gone to the doctor – and I asked, “Hey, are you okay?” It was really shocking – just look at his face… he just looked pale and he said, “I have cancer.”

I could not believe it. I was like, “No, no… man, don’t worry about it. [There’s] medicines and treatments, they got it soon enough, don’t worry about that, you’ll be fine…” But still, it’s heartbreaking when you hear this kind of news.

We remained optimistic and focused on continuing his treatment as well as writing and recording songs. We started recording in November 2019 and didn’t finish until December… or at least my drum tracks were laid and finished by the end of December.

He was driven. He said, “I want it to happen. I don’t want to think about this cancer. I just want to make music and make this album.” He was stubborn.

He was suffering from chemotherapy nausea and we were in the recording studio and he just couldn’t eat. He was very weak and found the strength to overcome the pain that accompanied the treatment. He fought it and won.

You play in Testament, Misfits, Suicidal Tendencies, and Dead Cross, to name a few. What is the key to keeping your style and technique distinct in the aesthetics of different music.

I’m just myself. With Testament, I entered the scene after Gene [Hoglan] had been in the band for many years. I asked, “What do you want me to do in this section?” It’s Gene here, but I wouldn’t approach it that way. I’d try something different,” and they’d be like, “Be yourself — you’ve got a style, make these songs your own.”

I remember talking to Gene and saying, “I’m going to perform these songs and in your honor. You wrote those songs and those drum parts. and he said, “Make them yours. Make them Dave Lombardo.” So it’s just being myself and sometimes you have a crossover and imitate what the original drummer did. You just try to refine it and make it your own.

You were previously involved in Testament, but you never toured with the band. What do you enjoy most about touring with them?

We did a very short two or three week tour of the United States in 1999. At that time I believe I started working with Mike Patton and I was working with Grip Inc. and soon after, Slayer called me and I went back to Slayer in 2002.

I didn’t have too much time to continue with Testament, but what I enjoy the most is playing the songs we wrote at the time (we only play one in this setlist in Europe). Then there are the conversations and the moments of relaxation with the guys and the jams with these musicians. Every musician has a different style and every band has a different approach and a different way of harnessing energy, music, structures and everything.

I learned so much playing in all these different bands that I feel like it made me a better musician. We are really good friends. We became very good friends through all these years, not just in 99, but we toured together when I was in Slayer and I met them while I was with Dead Cross. Several times in Europe we were on the same festivals. Meeting up and going out to dinner, hanging out, having a drink…that’s the fun stuff. Of course, that hour or 70 minute or hour and a half set that you play on stage is just magical and we all appreciate that.

When you last recorded with Testament, your input led the band to venture into heavier death metal territory. Where do you envision your comeback could take the music next?

I feel The meeting is a bit more thrash than this last record [Demonic]. Later I think they evolved into more death metal. I don’t know exactly what death metal is and this and that — it’s everywhere. I know what they developed with Gene and I think it will be a mix between thrash and death metal if we decide to write something because it’s my style. I’m not afraid to get into the death metal style.

The blast beats, I did it with the last Slayer albums, I did it with Dead Cross and I will do it with Testament if need be. Who knows? It might not even go in either direction – we might just throw a wrench in the whole songwriting process and go a whole different route. You never know what the end product will look like, and it’s not conducive to the whole job to set boundaries. You have the basic style of instrumentation – heavy guitars, my drumming style and Chuck’s vocals. To be exact and say it’s a death metal album or a punk album or a thrash album, it’s hard to say what it’s going to be.

Thanks to Dave Lombardo for the interview. Get your copy of Testament’s latest album, “Titans of Creation”, here and follow the band on Facebook, TwitterInstagram and Spotify.

If the band released an album in the 70s, it is not eligible. Apology to Judas Priest Pain killer. And all death metal – they weren’t big groups quite in the late 80s!