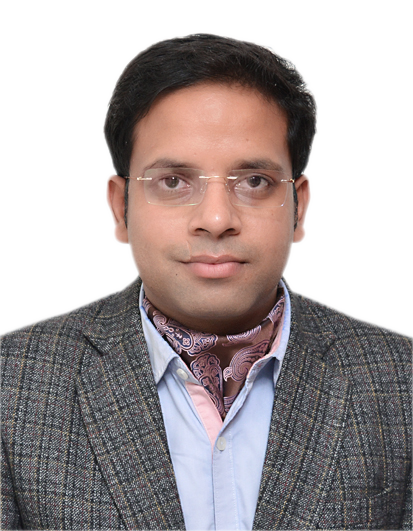 At the end of the 19th century, the western world was quite convinced of certain rumors regarding the evolution of cultures, societies and communities during a certain period through different stages or levels. Some of the rumors circulating in the air were also confirmed as they gave the best sense to the development of societies based on different characteristics of subsistence, such as gathering and hunting in nomadic life, developing towards animal husbandry which led to agriculture along the banks of the rivers and thus settling there, and finally to the industrialization that humans have done and improved in technology ever since. However, these ideas were only expressed in a rather primitive or ancient culture than urbanized and sophisticated societies, which could only mean that the primitive people discovered by scientists were well below average in the area of ​​progress. Structural distinctions in people’s cultures and societies were further intensified by theories of racism leading Swedish scientists, politicians and democrats to treat the Sami population differently as they were a primitive or less advanced society due to its weakness and its vulnerability to the colonization of the Sàpmi region by the Swedes. The information provided about Swedish colonization can be explained by the introduction of a certain bill in 1891, which was introduced by none other than the person at the head of the company that developed in the region of Sàpmi thanks to its modern infrastructures. The Swedes were considered a predominant caste who had to treat the lower caste natives of Sweden with respect as Lundmark said “The Lapps are nomads at a lower level of culture, who must with almost absolute necessity give way to people domiciled with a higher level of culture”. culture and disappear and die. The State must therefore provide the Lapps with care such that without being injured, they can die in peace”.

Since the end of the Second World War, however, the type of ideas of racial discrimination have come to an end. Primitive societies like the Sami, however, are still considered one of the weakest tribes in the world due to their vulnerability. But what exactly is the implication of using the term vulnerability of primitive populations?

Indigenous studies have not paid enough attention to the concept of vulnerability of primitive societies. Among several explanations for the lack of sufficient studies, one of the most certain reasons must be the difficulties encountered in actually defining the word vulnerability. In the 1990s, through Schröder-Butterfill and Marianti, the analytical concept of vulnerability emerged when analyzing natural disasters in the field of environmental science. The primitive theory meant that to be vulnerable was to be passive in the face of a certain natural disaster. But the latest definitions of vulnerability according to Schröder-Butterfill and Marianti in 2006 mean that they are very socially constructed, however, they are analyzed as having the greatest risk of suffering serious harm due to external factors such as natural disasters .

In the given recent scientific studies, the term vulnerability represents a greater value due to its wide range of applications. The world on this date marks primitive tribes, children, the elderly, the disabled, or the chronically ill as vulnerable. A variety of terminologies, definitions and interpretations arise when the terms vulnerable and native are brought together on this date, there are also many terms used as synonyms.

The Sami are known to be one of many indigenous populations to this day and have clear connections to many of them in ancient times throughout history and unfamiliar with the colonization they still have to go through. Colonization is understood very differently depending on the time, extent and impact of different countries and continents. However, it is confirmed that indigenous societies go through many changes due to colonization, mostly negative, hardly positive. Mary-Ellen Kelm’s research on Aboriginal health in British Columbia suggests that the process of colonization includes “geographic incursion, socio-cultural dislocation, establishment of external political control and economic dispossession, low-level social service delivery and, finally, the creation of ideological formulations around race and skin color” – Kelm.

In one of Alfred Crosby’s most famous works, he represented ecological imperialism. His work, The Biological Expansion of Europe, 900-1900, describes how Europeans conquered the new globe while microbes drove plants, animals and people away. The different effects of diseases on the natives proved to be an important aspect of Crosby’s observations, for example, the death of a massive Indian population due to the absence or lack of immunity to diseases such as smallpox and measles. According to the studies of Stephen J. Kunitz in the specialized fields of mortality and morbidity in primitive populations, to understand the important aspects of their effects “it is necessary to understand not only the pathophysiological processes and life cycles of parasites , but also the many ways in which human beings live on the earth and with each other. That is what is fundamental” – Kunitz. Some experts like Peter Sköld have also tried to represent cultural determinants as one of the important factors to better understand the mortality of primitive peoples. It was supported by the example of the Sami population which had quite lower smallpox death rates than other societies. Skold argued that they had a very strong resistance to visiting someone with smallpox and that fear let nothing induce them to do so and led them to run in the mountains to avoid the consequences of the disease.

The Sami were a demographically fragile people until the beginning of the 20th century. For many Sami, the climate and living conditions have created a dangerous situation. Infant and child mortality rates were alarming. Other demographic characteristics, such as fertility, nuptiality and migration, were influenced by health and mortality status. Now, when the vulnerability within the Sami tribe has been perceived, it can be concluded that the importance of demographic factors has obviously increased. However, the Swedish scientific paradigm from the 17th century to the 1940s based on the fear of the extinction of the Sami tribe could never be realistic.

The conclusion drawn from the above statements does not imply that the reasons for paying attention to the susceptible phrase have been erased. Primitive cultures were in jeopardy, as were the Sami. A few types of variables have been observed to have added to the tribe’s susceptibility risks in the past. The main risk factors in the past were none other than socio-economic and cultural characteristics. Political methods alongside colonization have only ruined things further for present and future situations.

The opinions expressed above are those of the author.