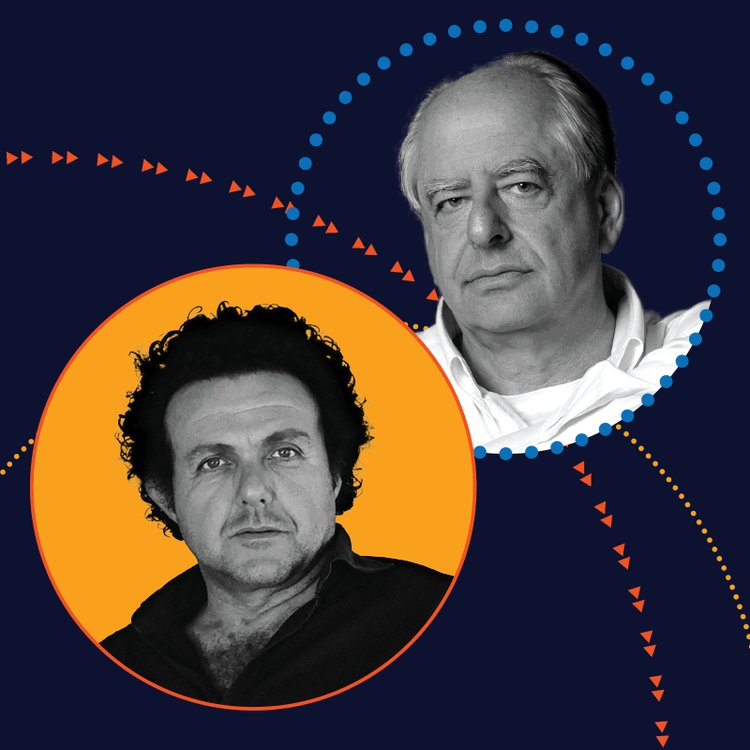 Present Music’s second concert this season, “Flat on your back on the dry wintry grass a cine concert”, is part of the Kentridge Arts Festival, the ambitious project featuring the work of William Kentridge from South Africa. The festival includes an exhibition of his work in many media at the Warehouse Art Museum, theatrical performances at the Milwaukee Chamber Theater and other events including the Present Music concert.

At this concert, four of Kentridge’s films will be screened as Present Music performs their scores by the artist’s longtime collaborator, South African composer Philip Miller. The keynote will be a world premiere by Miller written to accompany the poetry of another significant contributor to the artist’s prodigious body of work, his sister Eliza Kentridge.

At this time, Present Music co-artistic directors David Bloom and Eric Segnitz have not heard the music they will premiere at the concert. “Not only is the ink not dry on the part, but as I write it is still in the printer cartridge! Bloom said. “Eliza Kentridge’s lyrics are direct, evocative and witty, so I’m thrilled to hear what Miller does with them. — is the title of the first poem in the cycle. Segnitz nods in agreement: “Honestly, we haven’t heard it yet! But much of his music is influenced by the soulful “choral traditions” of South Africa.

A pair of South African opera singers, soprano Ann Masina and baritone Tshegofatso Moeng, will join Present Music, singing in Zulu. Eliza Kentridge will read during the performance. “It’s safe to say that there is a concern for social inequality and civil strife, delivered thoughtfully, with surprise and even at times with humor, as only a great artist can. Hard-hitting stuff,” says Segnitz/

Miller’s world premiere was commissioned by Jan Serr and John Shannon of Milwaukee, organizers of the Kentridge Arts Festival. “Flat on your back” takes the place of Present Music’s annual Thanksgiving concert this year, but one point of tradition remains: the Bucks Native American Singing and Drumming Group opens the concert.

“Miller and Kentridge: Flat Back on the Dry, Winter Grass – A Movie Concert” takes place Nov. 16 at Windhover Hall at the Milwaukee Art Museum. Philip Miller and Eliza Kentridge will take part in a pre-concert conversation in the museum’s Lubar Room at 6:30 p.m. with the concert to follow at 7:30 p.m. For tickets and concert screening information, visit the Present Music website.

To find out more about the Kentridge Arts Festival, Click here.

David Luhrssen has taught at UWM and MIAD. He is the author of The Vietnam War on Film, Encyclopedia of Classic Rock and Hammer of the Gods: Thule Society and the Birth of Nazism.