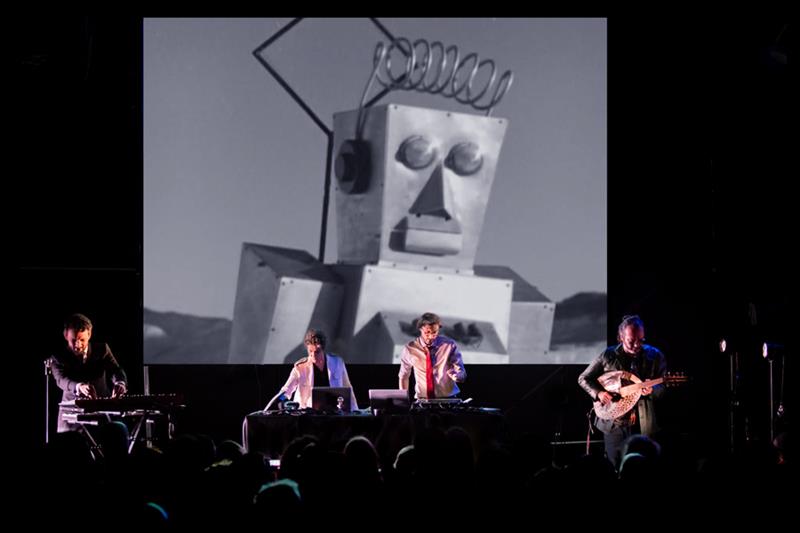 Thursday 31, 8 p.m.: Oriental Jazz by Yehia Khalil and his band.

Sun 27, 8 p.m.: A concert of songs composed by the late composer Mohamed El-Mogui.

Every Tuesday, from 8 p.m. to 10 p.m.: Mawawil presents singers Hend and Sarah in a repertoire of traditional music from the Nile delta, Al Jaafra music played by the Arab tribes of Aswan and Nass Makan bandaged.

Every Wednesday from 8 p.m. to 10 p.m.: Zar music and songs by Mazaher together with Umm Sameh, Umm Hassan and Nour Al-Sabah.

Sat 26, 3 p.m.: A live concert with the singer Dalia Faridaccompanied by Michael Onsi to oud and Fady Ezzat to picture.

Tue 29, 10 p.m.: “Love and Revenge” is an audio, music and video concert paying homage to songs and films from the golden age of Arab cinema and music from 1940 to the 1990s. Mehdi Haddab, Julien Perraudeau, Wael Koudaïh (Rayess Bek) and The Mirza takes its name from the famous Egyptian film Gharam wa Intiqam (Love and revenge). By working on images from old Arab films and by modernizing with pop and electro sounds the classics to which they gave birth, such as the greatest titles of Asmahan and Abdel-Wahab, Love and Revenge offers a reflection on the Arab identity at the crossroads of sounds. and images from the cultural scene of the 1940s and 1950s.

Thursday 24, 8:30 p.m.: Seattle group covering the grunge sound of the city, where all these legendary bands come from: Nirvana, Pearl Jam, Foo Fighters, Alice in Chains and others.

Thursday 31, 8:30 p.m.: The Sinatras in a charming evening of your favorite Frank Sinatra songs and jazz tunes featuring the incredible Yara Tarek.

The Spot Mall, in front of AUC Gate 4, New Cairo

Fri 25, 6:30 p.m.: Egypt’s most sought-after singing school, Vocal Xtreem, is hosting an upcoming concert, to give you a taste of what they can do and get started with some of their talented Xtreemers.

Thu 31, 6 p.m. and 8 p.m.: El-Sawy Culturewheel Puppet Theater The show brings to life the concerts of Umm Kolthoum performing two of her most beloved songs.

Thursday 24, 8 p.m.: A concert by Alexandria Opera Company for Arabic Music and Singing.

Wed 30, 8 p.m.: “Love and Revenge” is an audio, music and video concert paying homage to songs and films from the golden age of Arab cinema and music from the 1940s to the 1990s.

*A version of this article appeared in the March 24, 2022 edition of Al-Ahram Weekly.