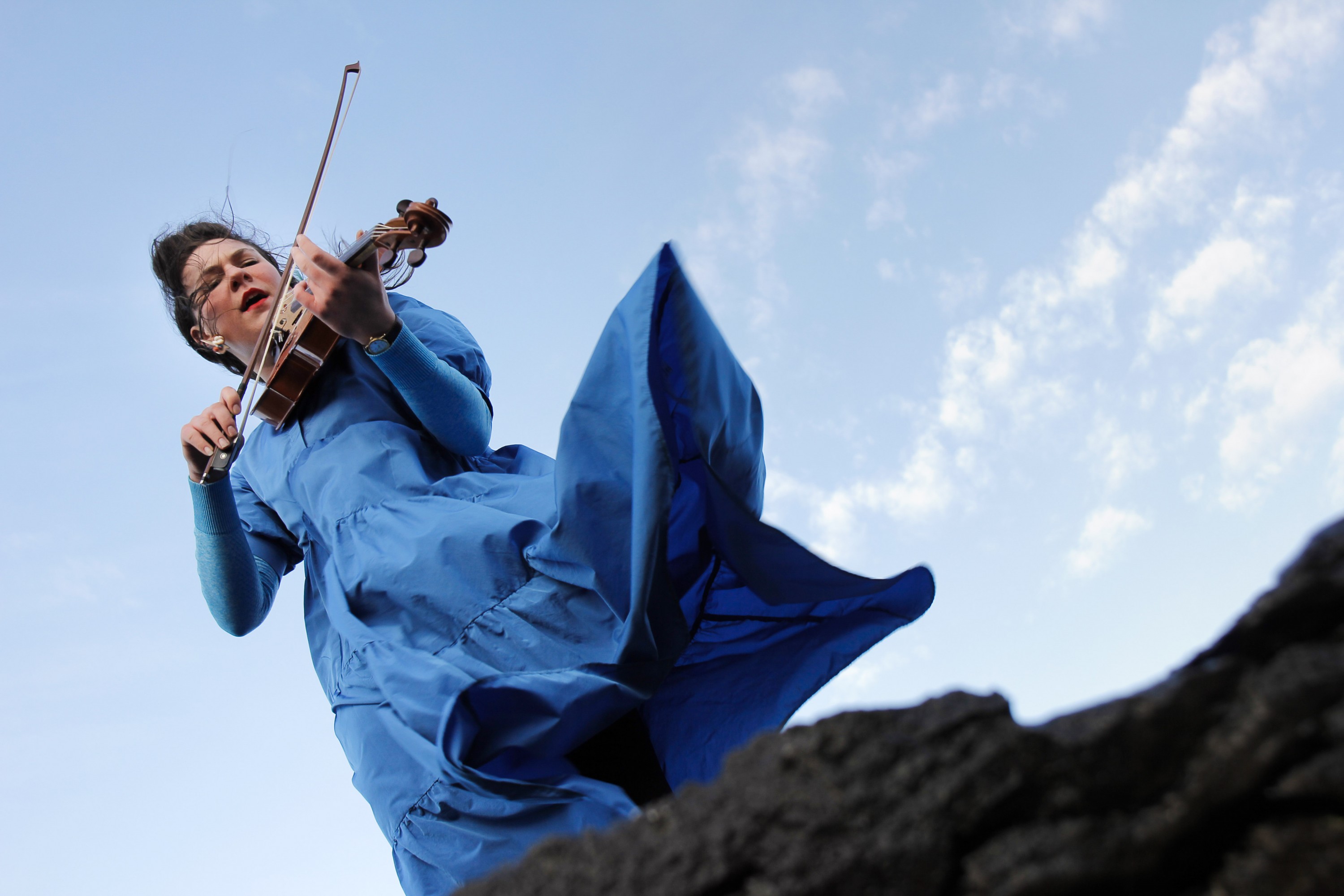 Channeling the music of her ancestors through her deeply rooted traditional Irish fiddle and bilingual songwriting, Clare Sands is a unique force in Irish music. A fiery and fearless sixth-generation violinist, the singer-songwriter and multi-instrumentalist breaks the boundaries of Irish music. She makes heart-pounding folk music, infused with a myriad of influences from around the world to create an invigorating new sound, for young and old, the brave and the daring. An exceptional and inspiring talent, channeling the music of his ancestors while reimagining the sound of a new Ireland’ (BBC Radio) Sands has wowed audiences across Ireland and beyond with his groundbreaking style, passionate performances and his infinite warrior energy. Electrifying live performances by Fearless Folksee Clare on fiddle, guitar, percussion and vocals combined with live electronics to create expansive soundscapes weaving story and song together. Folk and contemporary music collide – FolkRadio UK. Besides performing solo, Clare has also performed with critically acclaimed artists such as theHothouse Flowers, The Stunning, Daithí, Mick Flannery, Susan O’Neill, Manchán Magan, NiamhRegan and many more. . This time of the “force of nature” has really come…

Throughout 2021, Clare has collaborated with some of Ireland’s finest folk and traditional musicians to compose four new songs across four seasons, inspired by the landscapes and soundscapes of the four provinces. These compositions with Steve Cooney & Tommy Sands, Susan O’Neil, Brídín and Liam Ó Maonlaí will feature on Clare’s highly anticipated self-titled debut album, Pulsating Folk, due out in 2022. Described by Mark Radcliffe on BBC Radio 2 as ” Ritualistic”, Hypnotic, Tribal…deeply earthy and “full of life”, they are a preview of the invigorating new Irish sound to come.

“EXCEPTIONAL AND EXCEPTIONAL TALENT, CHANNELING THE MUSIC OF HIS ANCESTORS TO CREATE THE SOUND OF A NEW IRELAND” LYNETTE FAYE, BBC RADIO ULSTER

‘CLARE CREATES BRAVE MUSIC THAT DROPS DEEP INTO WHAT WE ARE, TRADITIONAL MUSIC, AND BRINGS IT TODAY. A PHENOMENAL MUSICIAN’FIACHNA Ó BRAONÁIN, RTÉ RADIO 1