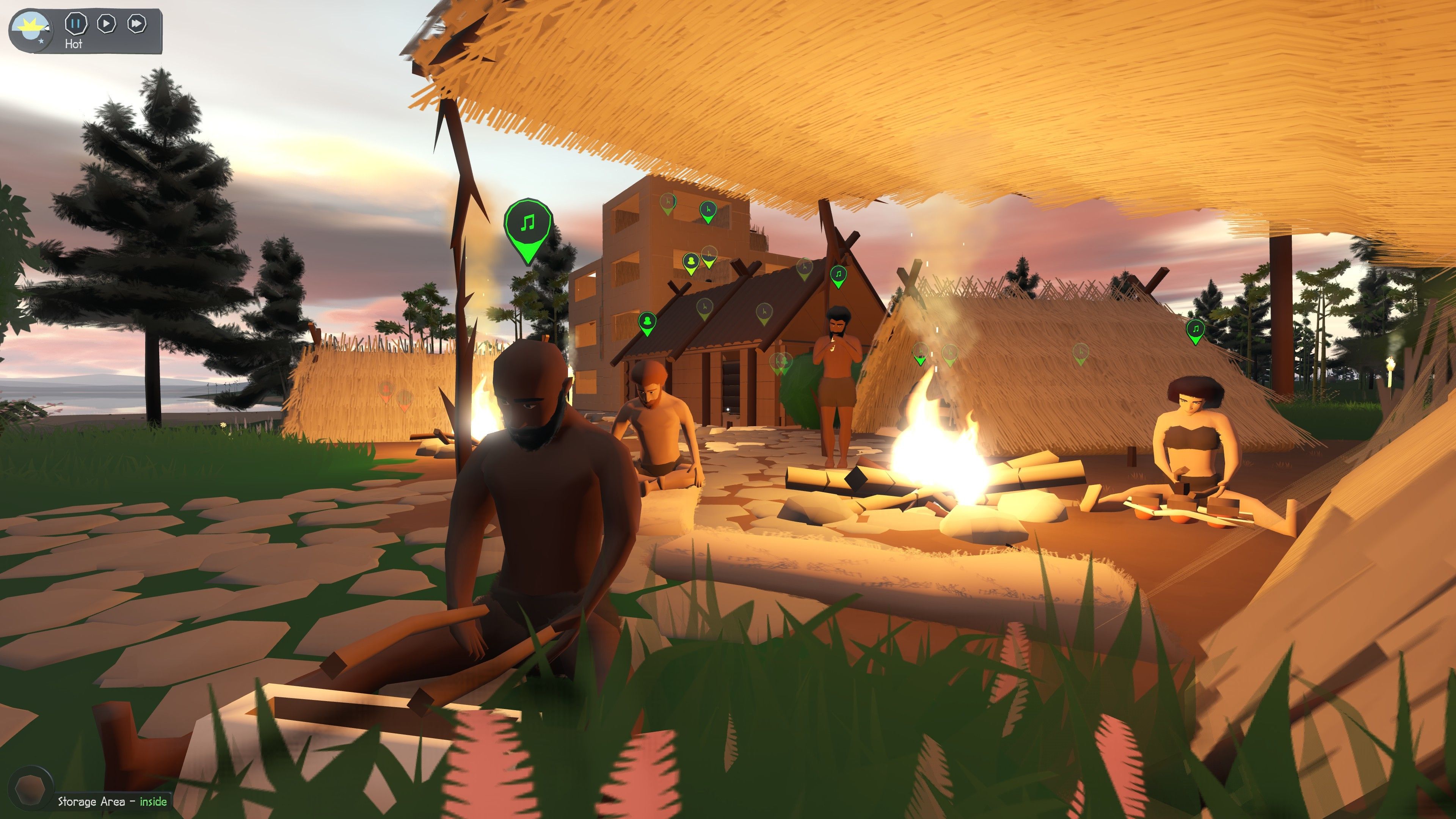 As I get older and more disappointed, I find a lot more appeal in god games. Is it me or is the world really shit these days? I’m starting to like games that allow me to start over and get the upper hand before things get so out of control. I just want to watch over those early humans and help them through the ages in my own way. You know, the right way. Sapiens, launching in early access on Steam this summer, is one such civilization builder. After playing the demo for a few hours, chances are I’ll spend a lot of hours in this one, at least until I figure out how to fix all the problems in the world.

Sapiens begins in early human history when the ancestors of Homo sapiens spent all day relaxing, waiting to be killed by animals, dehydration, or a particularly strong breeze. You act as the force that inspires them to get up and begin to understand things, and you will guide them through thousands of years of advancement.

GAME VIDEO OF THE DAY

Related: As Apple Arcade languishes, Play Pass has become one of the best values ​​in games

Sapiens has a unique perspective when it comes to god games. You have a free-roaming first-person camera that can travel fast in the sky or slow on the ground to get closer to your tribe. Sapiens isn’t much to look at, sure, but it’s nice to have that level of control over what you see and where you go. It makes the world feel much more real, as opposed to the more top-down perspective that makes everything look like pieces of a board game.

Worlds are randomly generated from seeds, and you can start with any two-person tribe in the world. The scale is huge and right from the start you can see how small your tribe is compared to the rest of the planet. It’s fun to imagine them one day traveling around the world and settling all over the place, but right now you only have two half-naked cavemen sitting by a river.

From there, you will guide them to start making discoveries. Days last about 20 minutes, and in the first two just you’ll learn how to start a fire, build shelter, craft tools, and plant crops. Your tribe will also grow as new people discover your camp, allowing you to work and progress faster.

You have direct control over each person if you want them to do something specific, but that level of micromanagement gets untenable pretty quickly as your tribe grows. Instead, your humans all have specialties that determine the priority with which they complete specific tasks. You can freely assign tasks to your tribe and people will automatically start doing what they are best at. Whenever you want, you can adjust the specialties of each person so that they are directed to different tasks. If you need the whole tribe to go and slaughter a woolly mammoth, you can change everyone’s specialty to hunting and they’ll all help you get the job done.

The demo only lasts two in-game days, so I haven’t seen how far you can actually take your civilization yet. At the rate my days were going, it would take over 300 hours to progress 1000 years, so I have to assume that time starts to compress when you reach certain milestones. I’m excited about growing my two-person tribe into a sprawling metropolitan society, and every step along the way through the ages. Things will be better this time, I’m sure.

Next: We’re in the Golden Age of Warhammer Video Games

Eric Switzer is the Livestream News Editor for TheGamer as well as Head of Virtual Reality and Technology. He has written about comics and movies for Bloody Disgusting and VFXwire. He graduated from the University of Missouri – Columbia and the Vancouver Film School. Eric loves board games, fan conventions, new technology and his adorable kitties Bruce and Babs. Favorite games include Destiny 2, Kingdom Hearts, Super Metroid and Prey… but especially Prey. His favorite Pokémon is Umbreon.