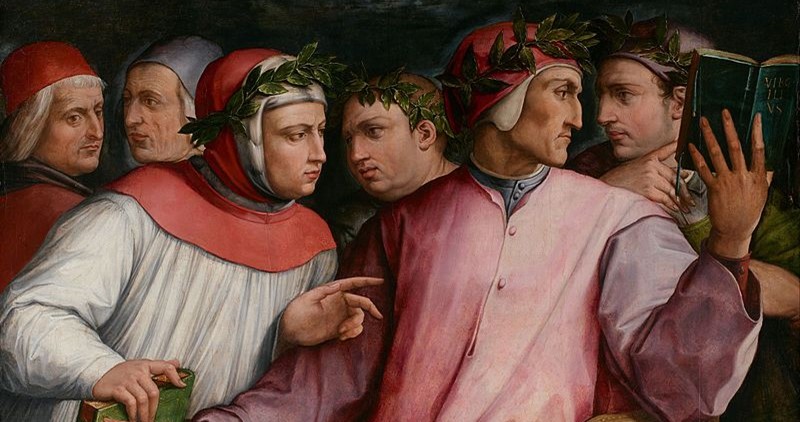 In his introduction to “The Oxford Book of Christian Verse”, Lord David Cecil writes that “religious emotion is the most sublime known to man”, but in the same paragraph adds that “a great proportion of religious verse is a bad thing” and that “Poets who have invoked both the sacred and the profane must, with few exceptions, have found themselves more at ease with the profane.”

Some might offer as a rebuttal that in the whole realm of rhyme and rhythm we find far more huts and shacks made of words than castles. Yet Lord Cecil is right. Much of what we might call religious verse is second hand in quality, greeting card worthy perhaps, but forgotten as soon as it is read.

And so, before we consider the work of some devotional poets, let’s take a look at the obstacles that poets face in trying to communicate divine truth and beauty through verse.

the things of this world

Lord Cecil himself briefly undertakes this investigation. He writes, for example, that few poets possess the power of a William Blake to “forge new and living symbols for the cosmic mysteries of spiritual experience.”

Lord Cecil compares the “spontaneous expression of the spirit” of the Hebrew psalmists to our day, when a writer, rather than saying how he really feels about God and faith, puts on paper “what he thinks he should feel; and he speaks not in his own voice, but in a solemn tone which seems to suit his solemn subject.

In other words, sophistication lies between modern poets and the faith they seek to express.

Moreover, since the Enlightenment, Western civilization has turned away from theology in favor of more materialistic philosophies. These schools of thought range from the pragmatism of William James to the communism of Karl Marx, a spectrum that leaves little room for religious faith.

Poets reflected this change in their own work, expounding on nature and concrete realities. Like Alexander Pope wrote nearly 300 years ago: “Know thyself, don’t assume God is peering;/ The true study of mankind is man.”

The things of the world according to

Nevertheless, the English language has poetic works with subjects and themes derived from that same faith which produced cathedrals and universities, mystics and puritans.

For example, the anonymous 14th-century author of the dream-vision poem “Pearl” beautifully renders a child’s death and his father’s dream of paradise. Geoffrey Chaucer has given us a panorama of the people, the spirit and the heart of this same century, as in “The Prioress’s Tale”, in its religious devotion. John Milton’s “Paradise Lost”, his epic covering the fall of Lucifer from heaven and the banishment of Adam and Eve from the garden, is considered one of the great works of world literature.

Even in more recent times, when the candles of religious fervor have gone out, English-speaking poets have produced verses based on faith, scripture and theology. Twentieth-century critics praised TS Eliot’s song of despair, “The Waste Land,” but Eliot himself believed that his exploration of faith and the spirit in “Four Quartets” was his greatest. great success. And William Baer, ​​in his fine collection “formal greetingsincludes selections from an earlier volume, “Psalter,” in which he weaves modern sensibilities into stories from scripture.

A few voices in the choir

Some verse composers wrote so deeply and prolifically about their spiritual beliefs that critics and readers have since identified them as religious poets. Most anthologies describe George Herbert in this way, and rightly so, and the metaphysical poet John Donne, whom Lord Cecil describes as taking “the first place among English Christian poets”, stands by his side.

Then there is this much larger company which, though less noted for its religious verse, nevertheless shows an acute sensitivity to the divine. “Because I couldn’t stop for death”, wrote Emily Dickinson, “He kindly stopped for me; / The car held only ourselves / And immortality.”

In “sendingRudyard Kipling, bard of barracks, war and empire, wrote of the sky as a kind of great workshop:

Christina Rossetti, one of my favorites, is known for both her religious poetry and her children’s verses. Particularly charming for its rhythm and subtlety is “Climb», in which she describes, in the form of questions and answers, a trip to paradise. Here are the opening and ending stanzas of this simple and sweet poem:

Is the road uphill all the way?
Yes, until the end.
Will the day trip take all day?
From morning to evening, my friend.

Will I find solace, travel sick and weak?
Working you will find the sum.
Will there be beds for me and anyone looking?
Yes, beds for everyone who comes.

And often, of course, the passage of time and fashion obscures or obliterates certain praiseworthy religious poems. In the now out of print “Masterpieces of Religious Verse, 2020 Poems by 900 Poets”, which I obtained from the public library before starting this article, I came across the “Guilty.” I had never heard of Wilkinson or her poem, but what she wrote struck me. Here is the piece in its entirety:

I never cut my neighbor’s throat;
My neighbor’s gold I never stole;
I never spoiled his house and his land;
But may God have mercy on my soul!

‘Cause I’m haunted night and day
By all the actions that I did not do;
O unexpected beauty!
O expensive value never won!

Good work? Probably not. Sentimental? Absolutely. Yet, for me, Wilkinson was connected, and in poetry, that’s absolutely crucial.

Academics and social commentators argue that we in the West live in a post-Christian culture. This statement is only partially true. We no longer tell the time by church bells, as our medieval ancestors did; we stopped, as a society, caring much about religious restrictions, unless we saw them as threats to our politically correct niceties; and church attendance declined for decades.

In fact, the churches themselves have contributed to this disappearance. During the COVID-19 closures, for example, the government considered places of worship non-essential. Almost all churches accepted this argument without protest, closing their doors and thus making themselves “non-essential”.

But “post-Christian culture” is a sloppy and careless description. The West may be a post-Christian society, but culture has no place in this equation. The roots of our culture are found in the soil of antiquity, in the tribe of Abraham and Moses, the Athens of Socrates and the Rome of Cicero.

The trunk and branches of this tree grew and prospered in the sunlight and waters of Christianity. Cut down that tree, and the only crop left will be a dead stump and sawdust in the grass. And so far, despite the efforts of some, the tree of culture has still resisted the axes and chainsaws of the radicals.

Those who declare that Western civilization is dead, as some have said of God, make me think of the “sky dogin which a man is chased with “I’m the one you’re looking for!” Here are the first lines:

I fled from Him, nights and days;
I have fled it, under the vaults of the years;
I fled it, through the labyrinthine ways
Of my own mind; …

Culture pursues us in the same way. We can deny it, seek to destroy 4,000 years of history, run from it, but true escape is impossible. The poets quoted here, and a thousand others, pay homage, however subtly, to a Christian culture, and they are only the tip of the iceberg of our Western heritage.

We don’t need to hold a creed, go to church, or even be a person of faith to recognize and appreciate this historical reality. When we read the classic religious verses of the West, just as when we marvel at the Book of Kells, Handel’s “Messiah”, Chartres Cathedral or the paintings of the Sistine Chapel, we immerse ourselves in the beauty and the mystery of art that belongs not just to a particular faith or civilization, but to the whole world.