Formed in 2012 by LOGWAD, Aquatic Underground is Burlington’s super team of resident DJs. These five mixing masters combine their powers and skills on the decks to electrify dance floors wherever they go, whether it’s a dark, brooding club or the upper deck of a food truck. Like the members of any good team, each has a different specialty, but what unifies Aquatic Underground, or AQUG for short, is the love of underground music. The team’s mission is to body rock Burlington and spread the gospel of dance music.

DJ CRWD CTRL began his training in 2000. Fresh out of high school, struggling with direction and meaning after a tumultuous childhood, his fascination with electronic music led him to a Technics turntable as he lived in Arizona. Soon he was hosting raves in the desert, then embarking on a cross-country mission to rock asses on the dance floor. Now he commands the turntables of some of his favorite local venues, including Club Metronome and the Monkey House.

Favorite current track to spin: “Dangerous” by Lemex
Least Favorite Song Requested: ” Request ? I never heard of it. Unless it’s thoughtful, polite, and in line with what we do, keep it to yourself. We work here. »
For memory : “Aquatic Underground represents unity, community, pristine vibes, collectivism, good taste, spreading love, fighting for the good fight. Egg rolls.”

Real name: Mitch Almond. He has other aliases but isn’t “ready to reveal them just yet.”
Joined the AQUG: 2012
Musical styles: “It depends on the day and how I feel.”
Influence : “I listen to radio shows/mixes of my favorite artists and find new artists. I get a lot of influence and creative sharing from my friends and places we travel.”

Almond started making beats at 18, just as he entered college. He decided that making beats and deejaying went hand in hand, so he started doing house parties. A lover of DJ collaboration, Almond usually plays with at least one other AQUG member, though he occasionally runs the decks solo. Although he often shakes bodies at Club Metronome, Almond particularly enjoys playing across the border in Montreal.

Favorite track to spin: “Cloud 9” by Ms. Dynamite & Shy FX
Least Favorite Song Requested: “Any pop-country song. It’s the kind of request that just makes you want to pack your bags!”
For memory : “Aquatic Underground has always been about keeping the underground music scene alive.” 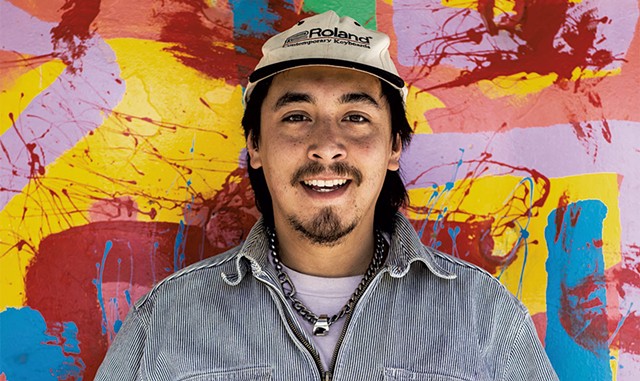 Boyote began attending shows around Burlington in 2008. Immersing himself in the local dance music scene, particularly the tunes of formerly Burlington-based drum and bass collective Mushpost, he quickly found his tribe. After meeting AQUG member LOGWAD, Boyote immersed himself in beat matching and mixing tracks on a pair of Technics turntables and a Serato box. Like the rest of his team, Boyote calls Club Metronome home, though he still serves as one in memory of the great Half Lounge.

Favorite track to spin: “BAMF” by Sam Binga & Foreign Concept
Least Favorite Song Requested: “I don’t even know what the word ‘request’ means.”
For memory : “We all want to bring some of that rave scene that was formative for us growing up and help rebuild that scene here.” 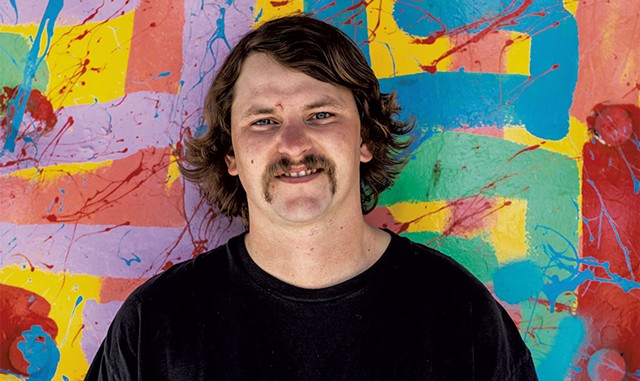 Growing up, O’Neil constantly listened to music but never took up playing an instrument. Learning to DJ during his freshman year of college seemed like a natural extension of his musical affinity. Initially he was in the jam scene and the Grateful Dead, but after making new friends in Buffalo, NY, O’Neil fell in love with mixing and the rave scene. He soon became a Burlington staple, deejaying with AQUG and doing solo sets at places like Orlando’s Bar & Lounge and Manhattan Pizza & Pub.

Favorite track to spin: “Rizzla” by the Martinez brothers and “Moon in Your Eyes” by Serum, Paul T and Edward Oberon
Least Favorite Song Requested: “Any Rihanna song, because whether you play it or not, it’s never what they want.”
For memory : “What’s so cool about AQUG is how we can blend our unique talents into a collective group. As different as we all are, we all have a particular taste for the underground and an ability to find balance between what we want to be heard and what we want to play.”

AQUG founder Alford started DJing at the age of 13 after learning that an older cousin had been a rave DJ in the late 90s. He had no grand plan when he assembled the team of local DJs; he just wanted to have fun and party with his friends. Alford doesn’t care about location. He just wants to see people having a good time, dancing and opening up to music they may not have heard before.

Favorite track to spin: “Euphoria in Gloria” by Thouxanbanfauni
Least Favorite Song Requested: “Whatever flavor of the week.”
For memory : “Skill and song selection are the most important qualities in a DJ, but it’s also a bit like dancing: if you’re having a good time, or at least looking like one, people will be into it.”