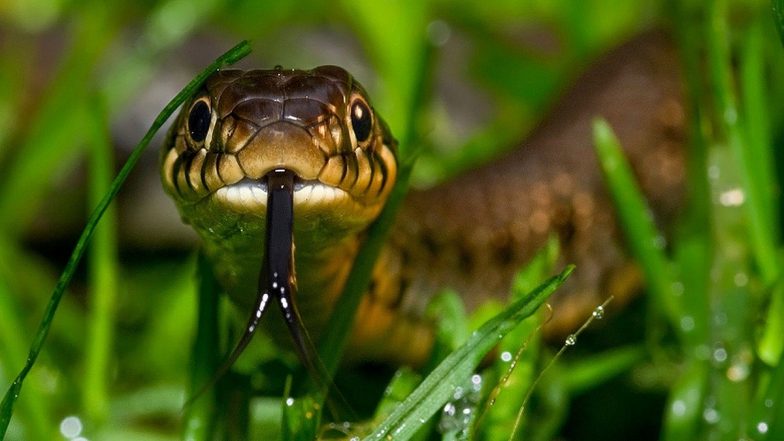 Chennai, April 17: With snakebite deaths averaging 58,000 in the country, 70% of them in northern Indian states, the Tamil Nadu government must allow the Irulas Snake Catchers Industrial Cooperative Society to catch 5,000 snakes per year. The company is the only licensed supplier of snake venom in the country.

For the past two years, the Tamil Nadu Forestry Department did not allow Irulas, whose main income comes from catching snakes, to catch snakes until March, resulting in severe shortage of snakes and so snake venom. Murder by Snakebite New Trend, Says Supreme Court While Denying Bail to Defendant.

The Forest Department of Tamil Nadu issues an order in August every year to catch snakes and in 2020-21 and 2021-22 the order was only issued in the middle of March. This has led to bottlenecks in sanctions after the end of the fiscal year, as bills must be reviewed by the state finance department.

RR Muthuswamy of Irula’s Snake Catchers Industrial Cooperative Society, while speaking to IANS, said: “We get the annual license to catch snakes in August every year and it will end in March of this exercise, which will lead to several bottlenecks in the payment of invoices due to obstacles in the relevant departments.”

He, however, said the company had information that the government issued orders in April itself so that the Irula could be engaged in snake catching throughout the year.

The company pays an Irula Rs 2,300 to catch Spectacled Cobra, Rs 850 for Common Krait, Rs 2,300 for Russels Viper and Rs 300 for Saw Scaled Viper. Sources from the Tamil Nadu Forestry Department have informed IANS that the department is considering increasing the company’s license to catch more snakes than the current 5,000 as the demand for snake venom is on the rise.

The Madras High Court had, in a 1994 order, allowed the Irula community to catch snakes to extract venom, but the Tamil Nadu Forest Department did not allow them to catch more than 5,000 snakes per year.

A senior official from the Tamil Nadu Forest Department, in an interview with IANS, said: “If the Irulas are not allowed to catch more snakes, there will be a huge gap between the demand for venom from anti-venom manufacturing companies will then be forced to depend on other fake suppliers, which is illegal. snakes that would help overcome the shortage of venom and can even be sold to foreign countries, including Asia and Africa where there is a shortage of venom.”

The Irula community is a community of Scheduled Tribes, who are nomads but based in the Villupuram, Virudachalam and Krishnagiri districts of Tamil Nadu with the main vocation being snake catching. They work in brick kilns to earn a living and the misery of the community and their poverty was portrayed in the recent hit Tamil film, “Jai Bhim”.

(The above story first appeared on LatestLY on April 17, 2022 at 2:04 PM IST. For more news and updates on Politics, World, Sports, Entertainment and Lifestyle , log in to our website latestly.com).